The ï¿½Atlantic Soundsï¿½ project aims to investigate, from a UK perspective, the role that music has played in cross-cultural encounters around the Atlantic rim (which includes the Americas, Africa and the Caribbean) from around 1740 to the present. Although there has been research into the presence of music from these countries in Europe, the processes and mechanisms that established such connections are less clear. The transmission and development of musical cultures across oceans by seafarers, travellers, and free and forced migrants is clearly an area ripe for further study. This project will focus specifically on the circumstances of the ship ï¿½ which literally transports music and musicians across the Atlantic – and the sailortown ï¿½ diverse and ever-changing port communities where sailors from all over the world interact, including through music-making.

Over the next 18 months the project will stage a series of three Colloquia and an International Conference incorporating a study day for postgraduate students in different locations (London, Cardiff, Falmouth and Liverpool) which are relevant to the topic of ï¿½Atlantic Soundsï¿½. Details of these events are below. The intention of the project is to build relationships which will lead to further collaborations, both within the academic community, especially between disciplines, and between academics and other interested parties including stakeholders in museums and tourism as well as musicians, film-makers and journalists. We are aiming to create a network which will be equally beneficial to all these groups, particularly to provide opportunities for the public dissemination of academic research.

The network and project website will be formally launched at 4pm on Tuesday 20 November 2012 at the Department of History, University of Liverpool. More details about this event will be available soon. If you would like to attend please email atlantic-sounds at open.ac.uk

A call for papers for our first event in London will follow shortly. 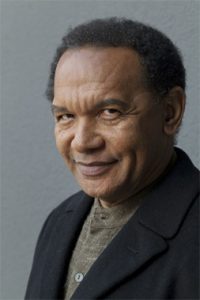 One of Brazil’s leading critics, Antonio Carlos Secchin, had this to say about Sol Sangüíne (Blood of the Sun): “With a deeply-rooted personal diction, Salgado Maranhão, in Blood of the Sun, has reached the high point of his work (so far), in this cohesive collection of poems in which a speculative intelligence and a celebration of the corporality of the world are expressed with great metaphoric vigor.”

Copyright © 2018. UNC Greensboro. All rights reserved. | If you have a disability and are having trouble accessing information on this website or need materials in an alternate format contact smparke3@uncg.edu for assistance.